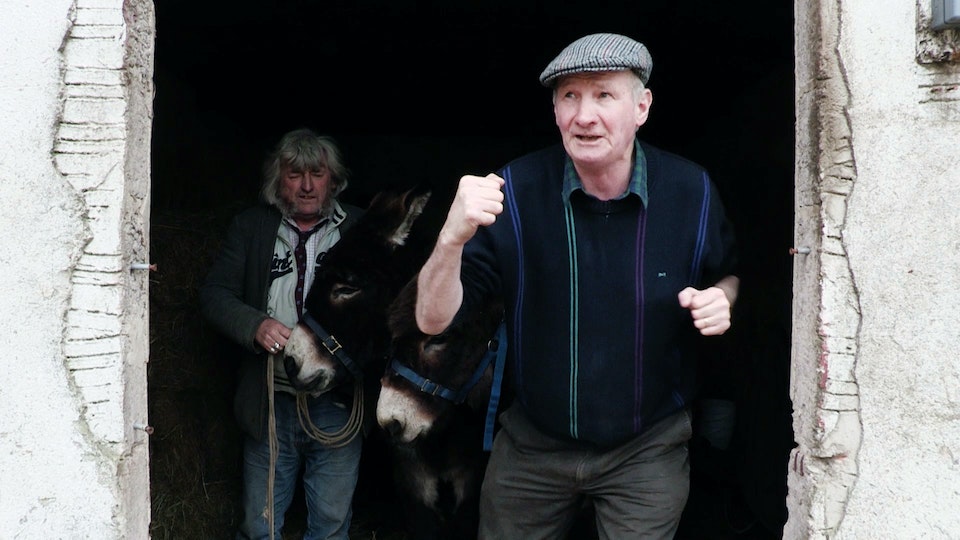 I have recently received a technē scholarship for part-time PhD study at the Centre for Memory, Narrative and Histories, University of Brighton in September 2019. technē is an arts and humanities Doctoral Training Partnership offering PhD funding.

I have made short film work that has been screened at festivals, galleries and artist events in Britain and abroad.

Since my 2004 film EDEN, was commissioned by Film London's Artists' Film and Video Awards I have made a series of films over the last 14 years about my Hometown in Northern Ireland. This includes 'In Case I Disappear' (2009), broadcast on Ch4's Three-minute Wonders and distributed by Soda Pictures on Guy Maddin's 'My Winnipeg'. In 2017, the series was exhibited at the Format17 International Photography Festival and won the Notting Hill Editions Film Essay Prize at the Curious Arts Festival 2017.

I have made and developed work for broadcast, The Grand Prix Priest was commissioned through a new directors’ scheme in 2005 called Reel London, co-funded by Film London, ITV London and Mosaic Films and broadcast on ITV London and Jim and the Truth Truck was commissioned by Mosaic Films and CH5 (broadcast 2006). In 2009 I received The Wellcome Trust Broadcast Development Award at the Sheffield Doc/Fest for a project called Superpig.

I have been developing a digital story project called The Last Landscape and mentored by the Sheffield Sheffield Doc/Fest and selected for development at the Screen4all Transmedia Campus 2014 in Paris. This lead to a collaboration in 2016 with creative studio Unfold, on a 3D scanning/printing residency. The project had unique access to a collection of curated objects from the Army Medical Services Museum at Ash Vale, Surrey.

I also work as a lecturer at the University for the Creative Arts on the BA Film Production and MA Documentary courses. I have previously worked with the Documentary Filmmakers Group on their immersion courses in Poland, Morocco and London. I been a visiting lecturer at London College of Communication, Oxford Brookes University and Nottingham Trent University.